Located in the Kangra district, the Dhauladhar Wildlife Sanctuary is widely regarded as one of the state’s most beautiful protected areas, spanning over 944 square kilometers. It was established by the wildlife department of the Himachal Pradesh government in 1994. It is bordered on three sides by snow-capped mountains, with a gorgeous green valley in front. Leaps and bounds enhance the magnificent grandeur of the Dhauladhar around the sanctuary.

The land has a vast and diverse vegetation population, along with the various species of wildlife found here. The place is also known as Gopalpur zoo. There are many animals to witness, including Himalayan black bears, cheetahs, sambar, ghoral, pheasants, peacocks, and many others. The famed tourist spot of Dhauladhar wildlife sanctuary is mainly known for its calm and picturesque landscape. The Dhauladhar is also known as an important bird area due it its incredibly diverse bird population.

The Dhauladhar Mountains have unusual terrain. Although formed primarily of granite, the flanks of the mountain range have several formations of slate, limestone, and sandstone, which are frequently used for roofing in the vicinity. The Wildlife Sanctuary of Dhauladhar is a high-altitude forest that lies between Jogindernagar and Nurpur however its area but its exact location still remains unknown. The numerous eco-tourism spots are found in and around the area, making it one of the best tourist spots in Dharamshala, along with resorts in Himachal Pradesh that assist you and your loved ones with a wonderful stay. The Dhauladhars have glacial lakes. The Lam Dal is the largest, having a circumference of around 2.5 kilometers. It is a very sacred lake and is thought to be Lord Shiva’s home. 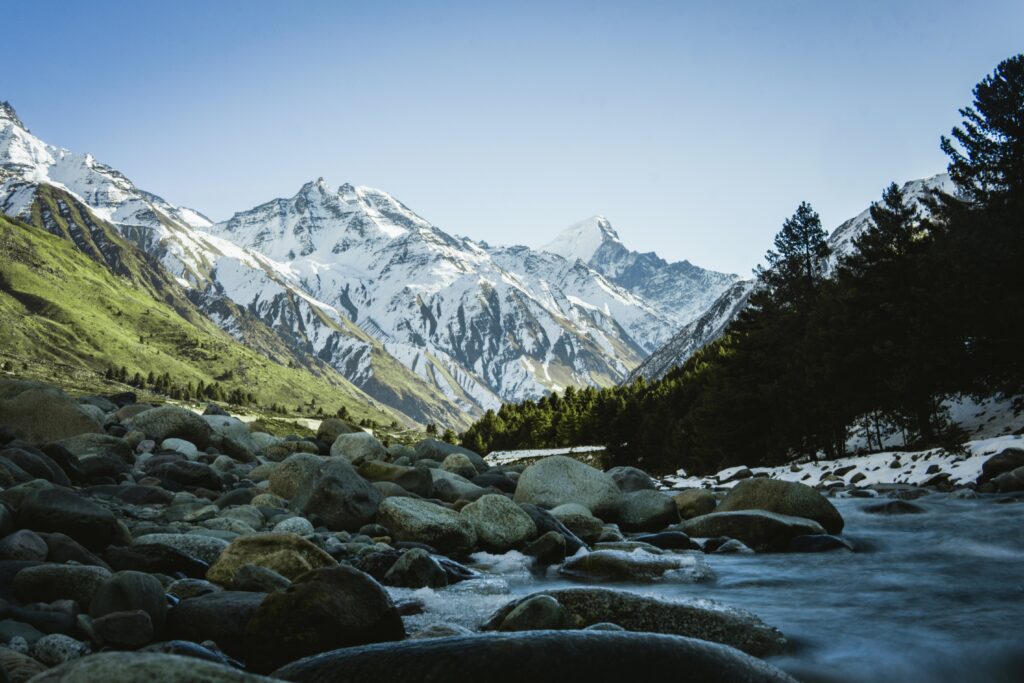 Animals found in the Dhauladhar wildlife

Himalayan black bears can be found in the Himalayas from Bhutan to Pakistan. They are mainly common in mountainous and jungle areas. Himalayan black bears are distinguished by their black coat, light brown nose, and pale yellow crescent on their chest. They are diurnal by nature, but the majority have gone nocturnal to escape humans. Typically, they inhabit elevations between 10,000 and 12,000 feet. And during the winter they plummet to elevations as low as 5000 feet. One of the interesting facts about these species is that it’s said to higher mortality rate among newborns.

A native species of the Indian subcontinent is recognized for being one of the most endangered types of deer due to its big size. There are numerous subspecies that differ in size and appearance, but it is known as the largest Oriental deer, with some adult males weighing up to 550kg. They have a thick coat of long, coarse hair that, especially in males, forms a dense mane around the neck. Males are identifiable by their antlers and are slightly larger and darker than females and young ones

The Himalayan musk deer are a species of musk deer that are generally found in the Himalayas. The Himalayan musk deer is nocturnal and spends the daytime hiding in the woods. At nightfall, they venture out into the open to graze till morning. They stay married and stay in the same neighborhood for the rest of their lives. When a male is marking his territory, he will rub his tail gland against objects like trees and rocks to leave a fragrance.

The Himalayan Palm Civet is a huge hill civet that is dark brown to black in colour with yellowish buff underparts. It has a thick unpatterned black tai as well as a black chin and throat. The latter distinguishes it from the yellow-throated martin, with whom it has a distribution range. Adults do not have body spots, while juveniles may have flank spots. The face has a dark mask with a greyish white line down the forehead, white splotches around the eyes, nose, and marks from the ear to the cheek.