Along the banks of the Banganga (Baner) River only 10 kilometres separates the temple from the well-known Palampur city, where our Rakkh, Resort in Himachal Pradesh is situated. It is one of the most frequented locations in Chamba and is constantly crowded with followers. However, the Navratri season is the busiest since hundreds of devotees travel during this period to seek Chamunda Devi’s blessings. With its exquisite flower and animal carvings on silver sheets, this temple from the sixteenth century is a singular example of ancient art. It was constructed entirely of wood, with gabled roofs. The temple features a running water pool with statues of Lord Shiva and Saraswati at the back and a cave-like opening with structures (Lingam) depicting Nandikeshwar (Shiva).

In addition to this, the temple complex has a handicraft shop where tourists can look at items made locally to learn more about the district’s colourful art and culture. Wood carvings, wooden toys, handkerchiefs, honey, black pottery, chappals, Kangra tea, famous Kangra paintings, and other products are available for tourists to purchase as mementoes. This is the location where brightness exalts itself, bringing calm and fervour to everybody.

Being one of the most well-known Hindu shrines, Chamunda Devi Temple draws devotees throughout the year from all across India and even from outside of India. The greatest time to visit, however, depends on the weather because this is a hillside site. From June to October, the weather is still pleasant, but from November on, the season brings chilly and frigid temperatures. Additionally, this is the time of year when devotees can experience the beauty and fervour of the Navratri celebrations. To commemorate the festivals, the temple is beautifully decorated with lights and flowers, and devotees from around the nation come together to accept the Goddess’s blessings. Additionally, during this festive time, visitors can enjoy the rich vegetation, breathtaking views of the mountains and valleys, and other features that surround the temple.

The history of the pictorial shrine is just as fascinating as the vistas of the Chamba Valley from the temple’s hilltop location. On top of the hill, the goddess Ambika was said to be unwinding when two evil demons named Munda and Chanda interrupted her, turning her into the ferocious Kali. Two devils were murdered by this enraged Kali, and a Chamunda Devi temple was established there to honour the powerful Goddess Kali, also known as Chamunda Devi. This goddess was decked with objects that symbolised illness and death, including bones, skulls, serpents, and scorpions. The temple was relocated to its current position about 400 years ago since it was formerly located in a remote jungle area. The deity figure in this temple was discovered during land excavation and was fixed in position by the Goddess’s grace and might. Additionally, the temple features murals of the goddess Mahatamay and others that tell the Ramayana and Mahabharata legends. Along with serving as a guard for the deity, it also features the idols of Hanuman and Bhairon on either side of the main statue of Chamunda Devi in the temple. 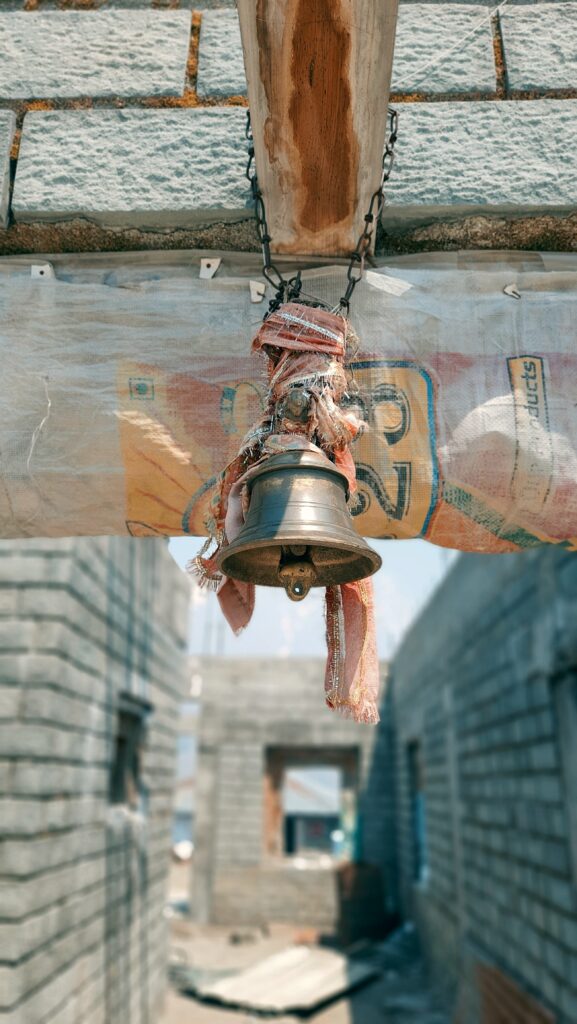 Although Chamba has a lovely environment all year round, monsoons can occasionally bring torrential rainfall and landslides, hence it is not advised to venture outside during severe storms.
If you want to hike to the Chamunda Devi temple, you should wear loose-fitting clothing like a t-shirt and shorts.
Arrange your vacation for off-peak hours if you want to experience the finest levels of spirituality and tranquilly.
On the other side, go during Janmashtami or Mahashivratri if you wish to fully participate in the celebrations.
Don’t forget to bring home some of Chamba’s priceless unique items, such its wooden or metal antiquities, chappals, paintings, or shawls.