The Manimahesh Kailash Peak, also known as Chamba Kailash, sits 5,653 meters (18,547 feet) above the Manimahesh Lake and is Lord Shiva’s residence (Hindu deity). It’s in the Himachal Pradesh state of India, in the Bharmour subdivision of the Chamba district. In the Budhil valley, the summit lies 26 kilometres (16 miles) from Bharmour. It is a renowned trekking destination in Himachal Pradesh and a prominent pilgrimage site. The Manimahesh Lake, located at the base of the Kailash peak at 3,950 meters (12,960 feet), is also revered by Himachal Pradesh residents, particularly the Gaddi tribe. A fair is conducted in the lake’s environs on the eighth day of the new moon phase in the month of Bhadon, attracting thousands of pilgrims.

Mountaineers have yet to successfully top Manimahesh Kailash. Hence it remains a virgin peak. In 1968, an Indo–Japanese team led by Nandini Patel attempted but failed to summit the peak. This failure is attributed to the peak’s heavenly strength. It is worshipped as Chamba’s sacred mountain by ardent worshippers of the Manimahesh Lake and the peak.

The summit may be seen from Manimahesh Lake. Two hiking paths lead to the lake. One comes from the Hadsar hamlet, which pilgrims and hikers primarily visit. On the other hand, the village Holi path rises higher before descending to the lake. Except for a small settlement along this path, there is no other habitation. 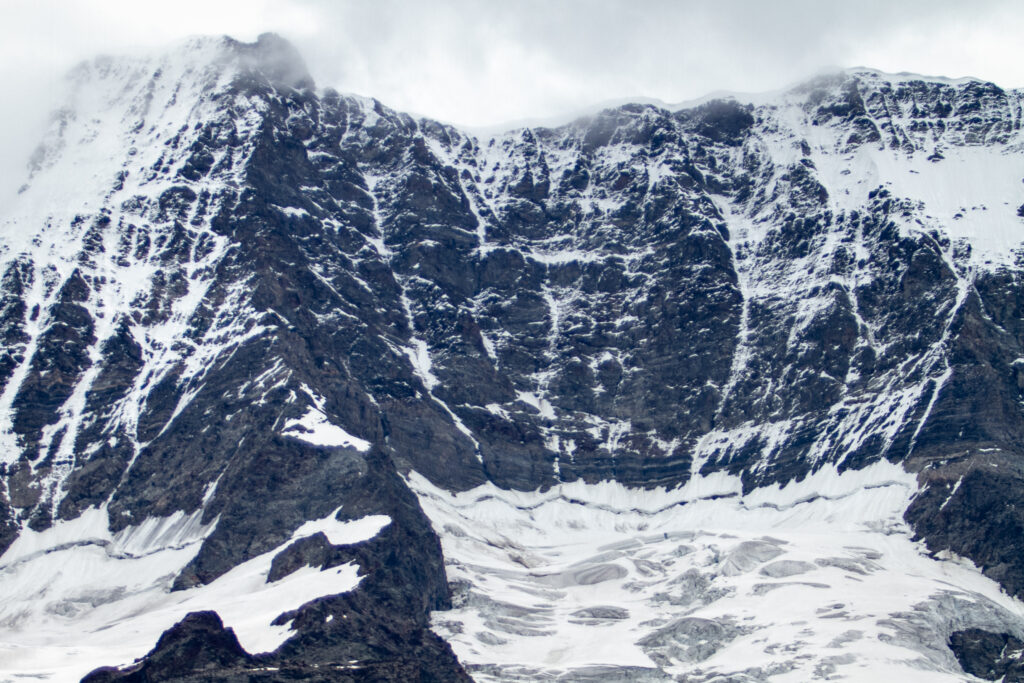 The sacredness of this peak and the lake at its base is the subject of several mythical narratives. Many legends have been told about Lord Shiva and his manifestations of displeasure in the form of avalanches and blizzards in the area. According to one common tradition, Lord Shiva created Manimahesh after marrying Goddess Parvati, also known as Mata Girja. According to local legend, Lord Shiva is said to reside in Manimahesh Kailash. On this mountain, a rock formation in the shape of a Shivling is thought to be Lord Shiva’s manifestation. Shiva’s Chaugan is the name given to the snow field at the mountain’s base by the locals (play field).

Manimahesh Kailash is also believed impregnable because no one has ever reached it, despite assertions to the contrary. In contrast, bigger peaks, including Mount Everest, have been scaled. According to folklore, a local tribe called the Gaddi attempted to climb with a flock of sheep and was turned into stone along with his sheep. The shepherd and his sheep are thought to have left a sequence of lesser peaks surrounding the main peak. Another tale claims that a snake tried to ascend the mountain but failed and was turned into stone as a result. Devotees think that they will only be able to see the top if the Lord allows it. Bad weather that obscures the summit with clouds is also interpreted as the Lord’s anger. 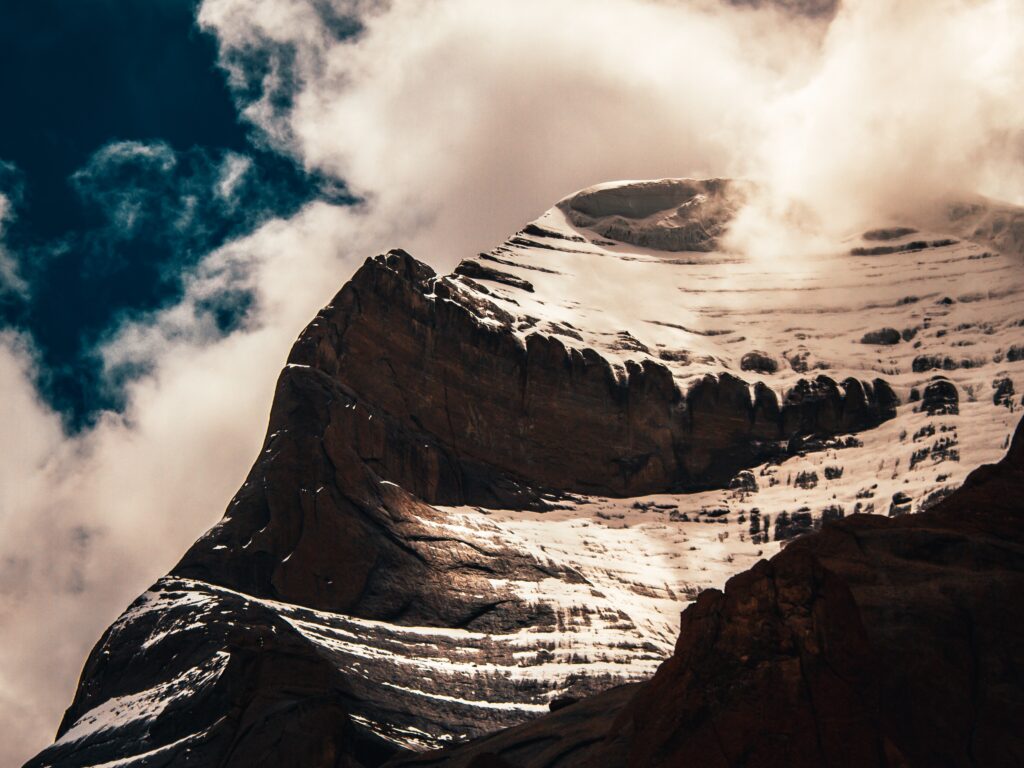 Mountain Kailash, also known as Manimahesh Kailash, is located in the Budhil valley, which is part of the mid-Himalayan range of hills near Kugti pass and Harsar. The sacred lake of Manimahesh is located beneath the continuously snow-covered glacial peak at the head of its own range. The Manimahesh Ganga River rises from the lake in a cascade and meets the Budhil River on the left side. This hill range is a contiguous spur of the Pir Panjal range that connects to the main range at the Bara Banghal pass. The watershed formed by the Budhil and Ravi rivers assumes the shape of an inverted triangle. Its base is at Khadamukh after the Budhal River rises from the slopes of the Kukti (Kugati) pass and Bada Bangal pass. Budhil is produced by multiple streams that emerge from the Manimahesh Kailas peak’s various sides. The ‘Bhujla’ (derived from Bhuja meaning arm) from the left flank of the peak meets Bhudil (also spelt Budhal) below Kukti village. The Dhancho Nala, rising from the snowy ranges of the southern flank of the peak, flows northward.

The Androl stream flows to the north of the summit and through the Barachundi Meadow. In contrast, the Siv Karotar stream originates from the foot of the hill and joins Androl, and the Gauri stream from the Gauri Kund meets Androl. These streams combine to form the Dhancho Nala, which meets Budhil at Hadsar. The Budhal or Budhil River is also greatly regarded by the Gaddi elders. It is dubbed ‘Bhujl’ because of the several streams from the Manimhesah Peak and the Manimhaesh Lake, tied to stories and the yearly yatra pilgrimage. Pir Pinjal is located in the lower Himalayan Zone, which encompasses the state of Himachal Pradesh’s central region. The mountain is located along the watershed between the Chenab River and the Ravi and Beas rivers and the Chenab River on the other.

The Manimahesh Kailash Peak Chamba is a mus visit place while staying at our Rakkh Resort in Dharamshala.