A Buddhist monastery is located in Tashi Jong village, a small rural area between Paprola and Taragarh, situated about 15 km from Palampur, in Himachal Pradesh. The monastery is nestled between the mountains, a peaceful place for meditation. It is a monastery of the Drugpa Kagyu sect that follows Buddhism and is established by 8th Khamtrul Rinpoche, Dongyu Nyima. The community follows the Drukpa Kagyu tradition, and they practice ascetic yoga. The Kagyu school is inspired by the Indian Tantric yogi – Tilopa, developed through the Mahamudra meditation technique. The Tibetans further developed a technique called Kadampa. The two together resulted in the formation of the Drukpa Kagyu School. The main temple is built in the complex of the monastery, with a stupa of Khamtrul Rinpoche and the Yamantaka retreat centre, which is restricted to the general public. The monastery was crafted by Khamtrul Rinpoche. Beautiful wood carvings, gilding and paintings adorn the whole building. Several manifestations of Buddha have been placed in the monastery, including the Buddha Shakyamuni. The monastery has an excellent collection of art and craft displayed at the emporium, and Tibetan artefacts are also available.

The atmosphere inside this picturesque monastery is serene and calm, where monks in their colourful robes conduct their prayers here. The Tashi Jong Monastery is situated amidst a Tibetan colony. It is a paradise and the perfect place to detox your soul. 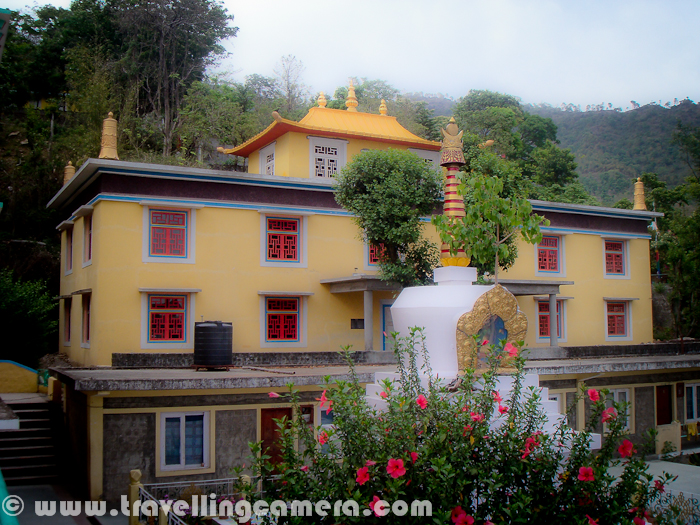 The 8th Khamtrul Rinpoche, who fled Tibet in 1958, had the vision to establish a traditional Tibetan society in exile to protect Tibet’s vanishing culture, sacred arts, and Buddhist legacy. Khamtrul Rinpoche built the community of Tashi Jong (Auspicious Valley) for the monks, Lamas, Tokdens, and lay people who accompanied him into exile from Kham, Eastern Tibet, in the foothills of the Himalayas, not far from Dharamsala. Together, they cleared the area and rebuilt Khampagar Monastery, the world-famous Drukpa Kagyü monastery, on foreign soil. A place like this might keep the Buddha’s teachings secure for future generations to come. When Khamtrul Rinpoche VIII died in 1980, a new Khamtrul Rinpoche was born in the same year.

Tashi Jong, a “small island of Tibetan culture” surrounded by Indian neighbours, is home to roughly 300 laypeople and 100 monks. There are guesthouses (small but clean), cafes, and even an internet connection for those who like modern conveniences if the electricity goes out. The 8th Khamtrul’s vision is still alive in the community’s faith, commitment, and resolve that infuses all holy and ordinary activities. 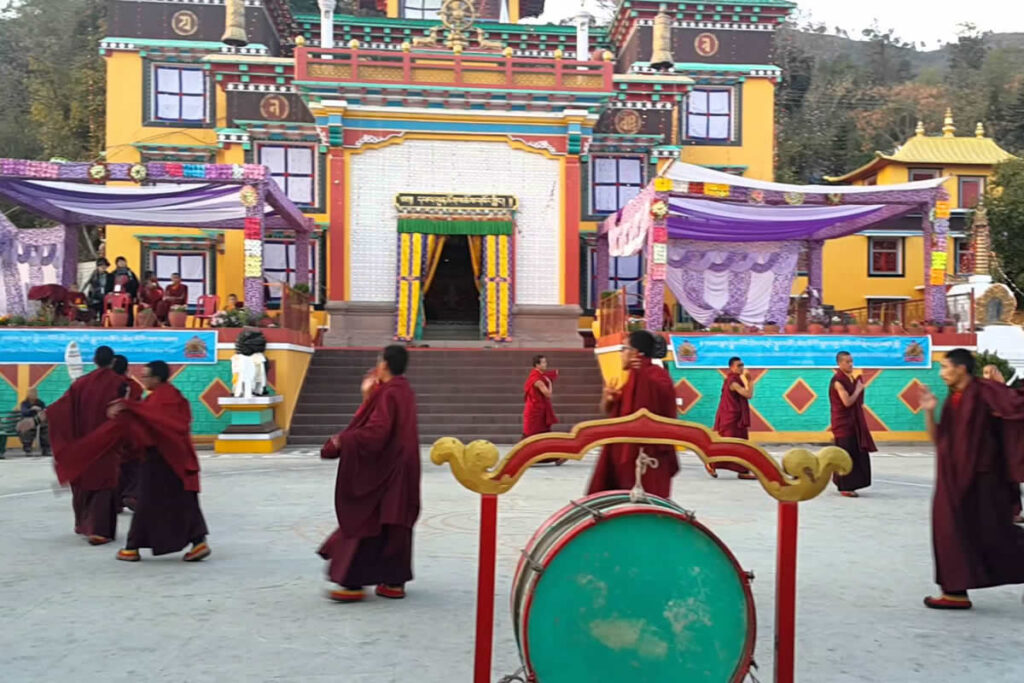 Sacred lama dances are a visual feast held every spring to commemorate Guru Padmasambhava’s birthday. More than 300 years ago, this rite was originally conducted in Tibet. During the exile of the 8th Khamtrul Rinpoche in 1958, a master of holy dancing, the Tashi Jong monks and lamas continued to perform these dances. With their lavish silk and brocade outfits, they dance in highly choreographed steps. Sombre chanting is joined by the rich tones of ancient temple instruments, providing a meditative environment for the performers. Dances performed during the ceremony are dedicated to all life on Earth when the rituals are over. It is considered a great privilege to see these sacred rites in all their glory and feel the immense spiritual power they elicit.

A visit to Tashi Jong Monastery makes for a great day trip from Rakkh Resort near Dharamshala.