Situated in the Western Himalayas and bordered by the states of Jammu and Kashmir in the north, Haryana in the south, Punjab in the west, and Tibet in the east, the Literal meaning of Himachal Pradesh is a region of snowy mountains. Also known as Land of the Gods or Deva Bhoomi, its history dates back to the time when The Indus Valley Civilization flourished. The state is known for its rich heritage of handicrafts and hydel resources. The tales within speaks of the Himachali people and their ways.

The grave of Mary Rebecca Weston:

A cemetery at Dagsha which grew under British rule holds the grave of Mary Rebecca Weston. Some consider this to be the most elegant of graves in the country. A strange superstition grew around the grave that if a childless woman swallows a bit of tombstone, it is believed that they would conceive. 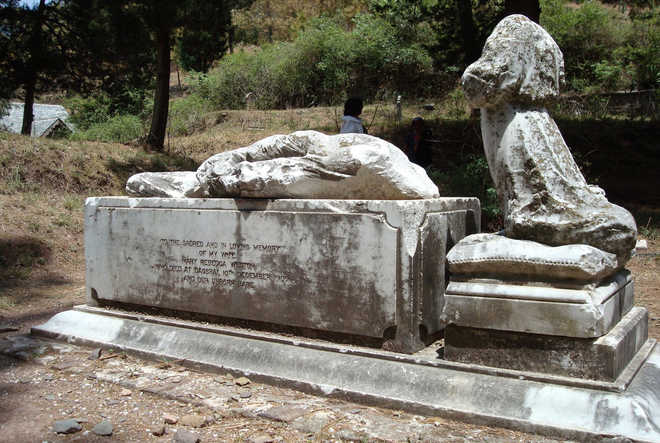 Kunzum Devi is a temple of Goddess Durga on the deserted Kunzum pass at an altitude of 14,900 feet. Every vehicle that visits the Kunzum pass needs to take an entire roundabout of the temple to ensure safety for the rest of their trip. It is said that if you don’t take it, you might get into trouble. Another fascinating belief of the locals is that there sits a decider of fate inside this temple. There is an upright stone that is enclosed in a cage inside the temple. The rock is worshipped and is said to tell the visitor if he/she is a saint or a sinner. You have to stick a coin to the rock. If the coin sticks to the rock then you are a saint and if it doesn’t stick to the rock then you are a sinner.

The haunted house of Solan

Solan is a town in Himachal Pradesh that is 6 hours away from Delhi. On the way to the town, there is a red-roofed house deemed to be haunted. The story is of a girl who died mysteriously in that house. Later when an expat started to live in the house with 3 children, they all died in 3 consecutive days. There has also been reported murder and suicide in the house. Locals say that someone tried to turn the house into a guest house which turned out to be highly unsuccessful since a guard allegedly saw the spirit of a girl reeking from the ceiling. Spooky!

Narkanda is a town in the Shimla district. The road leading to town is said to have a female spirit in a yellow saree pointing directions to oncoming cars. The twist here is, that she points in the opposite direction of the signboard on the road and sends your car straight into the valley. Do not believe what you see at night here. Just keep going!

The Ghost of 22nd Lane, Ladakh:

The ghost’s story is of two truck drivers while on their way to Ladakh. The two of them got into a verbal fight when one of them told the other driver to put a rock behind the truck. As soon as he got behind the truck, the driver pulled back, breaking his leg and leaving him unconscious. The driver thought his partner was dead and threw him into the valley but unfortunately, he wasn’t dead then and did not die for a week, suffering in pain, starvation, and the cold. This very torturous death led his spirit to wander in that area ever since.

This story is of a good non-harming spirit. This beautiful fairy of Chandratal appears in summer when here. The fairy is a white sort of spirit seen in this beautiful landscape when something beautiful happens in the area. The fairy is said to have had a relationship with a mortal, Gangrup long ago when he had gone down to the lake and played beautiful flute music.

Like these, many other tales and stories of Himachal Pradesh exist. Some talk about those places that have ease of accessibility from the primary tourist destinations and are yet not very well known. Other focus on some of the most difficult areas such as the Great Himalayan National Park in the Kullu district and some high mountain passes.