Dharamshala, the winter capital of Himachal Pradesh is one of those beautiful places that even Dalai Lama couldn’t resist embracing. Surrounded by Cedar Forests on the edge of the Himalayas, this mountain city is home to His Highness Dalai Lama and the Tibetan government-in-exile. Among the places to visit in Himachal Pradesh, Dharamshala is one of the most rejuvenating ones set amidst serene nature, peaceful monasteries of McLeodganj, and adventure in the hills. Rakkh, our Resort in Palampur welcomes you this winter to experience Himachali hospitality.

Headquarters of the Kangra Valley district, Dharamshala is also known as the Land of Llamas. It is this place where Dalai Lama stays in India. Among the places to visit in Himachal Pradesh, Dharamshala offers places like the Bhagsunag Waterfall, Namgyal Monastery and St. John in The Wilderness and the mall road at McLeodganj. Let us help you with places that you must visit while you stay with us at Rakkh our resort in Palampur.

Norbulingka Institute: If you are a handicraft lover, this is a must-visit in Dharmashala. The institute believes in keeping alive centuries-old Tibetan traditions in content, form, and process by providing apprenticeships in traditional Tibetan art forms and making the Tibetan experience accessible for the contemporary lifestyle. It is a community of artisans working within a sustainable business model, driven by a strong social mission: To keep Tibetan culture alive by training people for the future. 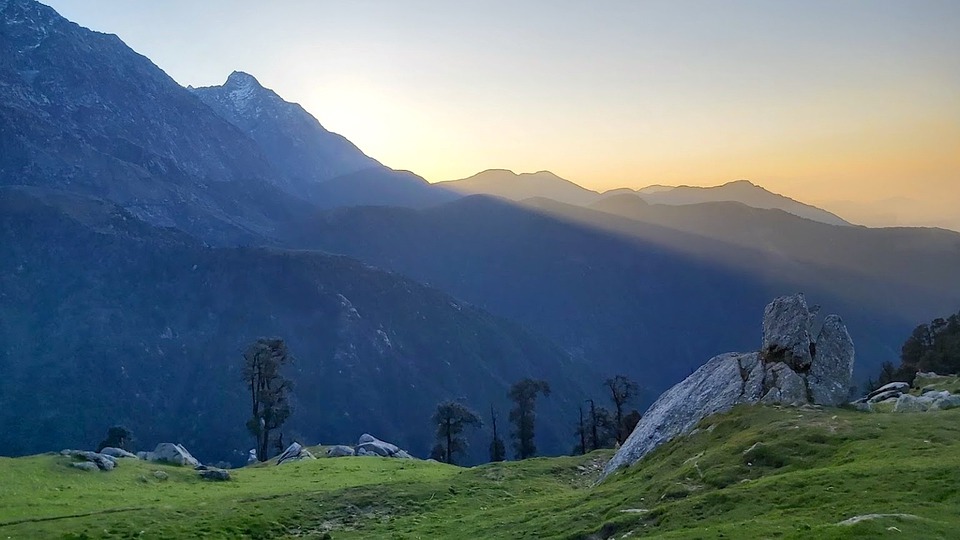 Triund Hill: This spectacular hilltop is located approximately at an altitude of 2,827 meters above sea level. If you love to trek or enjoy a picnic, Triund is the best place to spend some time. It is a popular picnic and trekking spot and those who want to do a return trek in one day are advised to start early.

Kangra Valley: Known as one of the most picturesque valleys of the lower Himalayas, the Kangra Valley is full of greenery and provides a tremendous contrast in the nature of the places you visit.

Gyuto Monastery: Gyuto Monastery is known for its study of Tantric meditation, Tantric ritual arts, and Buddhist philosophy. It was founded in Tibet in 1474 by the main disciple of the first Dalai Lama, Jetsun Kunga Dhondup.

Aghanjar Mahadev Temple: The Aghanjar Mahadev Temple is located near the scenic Khaniyara village surrounded by forests, mountains, and a stream that flows right next to it. A belief says Arjuna, one of the Pandavas from the Mahabharata, was on his way to the Kailash Mountains, Lord Shiva appeared in front of him at this place and blessed him with the boon of victory over the Kauravas.

St. John in the Wilderness Church: Built in 1852, this church is one of the most important churches in Himachal Pradesh. It is a neo-gothic church that was built in dedication to John the Baptist. Set amidst deodar forests, it’s a peaceful setting known for its Belgian stained-glass windows.

Namgyal Monastery: It is the personal monastery of His Holiness Dalai Lama, and also includes Namgyal Tantric College. The Namgyal Monastery was first established by the 3rd Dalai Lama in 1575 in Tibet and was relocated to Dharamshala following the Tibetan uprising in 1959. The beauty of this monastery is so evident that even those who are not particularly inclined towards this religion will be fascinated by the serene ambiance all around and by the imposing figures of the Buddha. 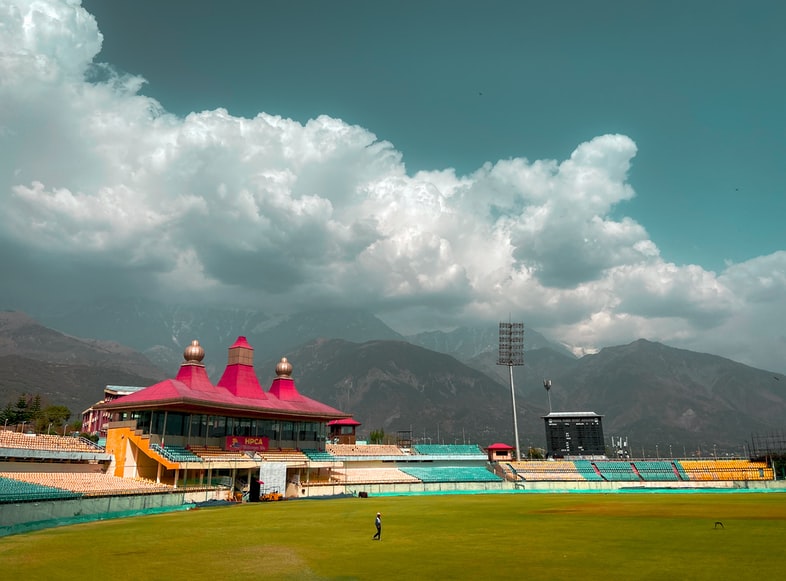 HPCA Stadium: With a view comparable to the Adelaide Oval or Newlands, the HPCA stadium is open for tourists even when no matches are scheduled. The main stand is built with Tibetan architectural style. The Cricket Stadium which is one of the most beautiful places to visit in Himachal Pradesh serves as the practice ground for the Indian Cricket Team, Himachal Pradesh state-level cricket team, as well as the Indian Premier League (IPL) team Kings XI Punjab

From momos to monks, there are Tibetan souvenir shops in every corner and nirvana-searching souls of every known nationality. Watch monk debates at the main Tsuglagkhang over a cup of butter tea, learn a new skill, and don’t forget to try a piece of ‘chilly chocolate’ from the local bakery before you head back. Stay at Rakkh, our resort in Palampur, and plan your trip around Dharamshala.