Tira Sujanpur: The Town of Honest and Gentle People

In the hills and valleys of Kangra, on the foothills of the Himalayas lies the quaint little town of Tira Sujanpur. It is situated in the smallest district of the state of Himachal Pradesh known as the Hamirpur district. Raja Sansar (Abhay) Chand Katoch of the legendary Chandravanshi Rajput clan, Katoch founded the town of ‘Sajjanpur’ located on the infamous Beas river in the 18th century, specifically 174 A.D. The name itself translates to “a town of honest and gentle people”. It was a town filled with training centres for warriors and temples for worship; well used for the struggles against the Mughals. Over time, the name of the town changed to Sujanpur and peace fell upon the area. Resorts in Himachal Pradesh are not too far from this tranquil town and it is easily accessible by road.

On 4th April 1905, a humongous earthquake of about 7.8 scales hit the Kangra valley and neighbouring regions killing almost 20,000 people and destroying several historic buildings including temples. Buildings in Sujanpur also took a hit due to this earthquake.

Raja Abhay Chand ordered several temples to be created in Tira Sujanpur. Most of these historical temples date back to the 18th century and are quite popular amongst tourists and locals alike. There are multiple temples in this town that are a treat to the eyes and food to the soul.

Built by a queen popularly known as Maharani Prasanna Devi, also the wife of Raja Sansar Chand in 1802, Narvardeshwar or Nabadeshwar temple is a shrine for Lord Shiva in Tira Sujanpur, though many other temples are placed close to the temple dedicated to Goddess Durga, Lakshmi-Narayan, Lord Ganesha, etc. Epic scenes from the Mahabharata and Ramayana are depicted as carvings and paintings on the walls inside the shrine. It is known for its depictions inside are rich and beautiful. The Bhitti style architecture catches the attention of many visitors and is a beautiful sight to see.

A famous temple worshipping Lord Vishnu, Lord Krishna and Radha called Murlimanohar temple was established by Katoch ruler of Kangra during Raja Sansar Chand’s reign in 1785 C.E. Images and murals of the couple are displayed here. It is a Shikar style architectural structure. The temple is created with stone and includes beautiful woodworking and an open courtyard which consists of an infamous sacred water tank. It is located on the banks of the Beas river and about 22 kilometres from the town of Hamirpur. 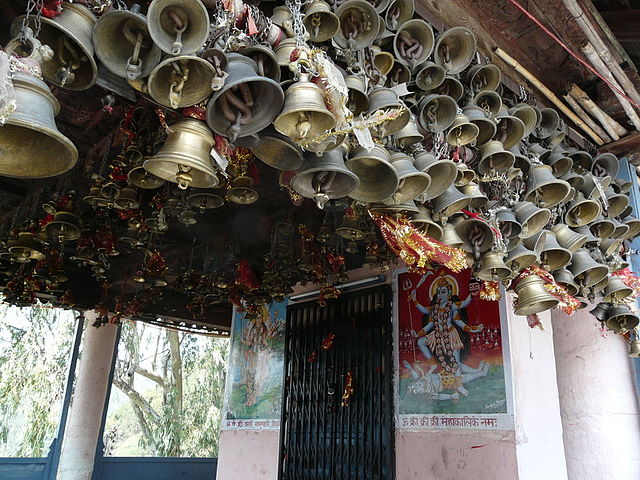 Located at a close distance to the quaint hill station of Palampur, Chamunda Devi temple also known as ‘Chamunda Nandikeshwari Dham’ is one of the most renowned and prestigious holy shrines for Hindus. The temple is dedicated to Goddess Kali, known as an abode to Lord Shiva and Goddess Shakti and was built using beautiful architectural techniques in the era of Maharaja Umed Singh. Intricate carvings on silver sheets are done with floral and animal motifs which make it a wonderful sight. It is located on the banks of the river Banganga. A very serene place to visit and gain some peace of mind. 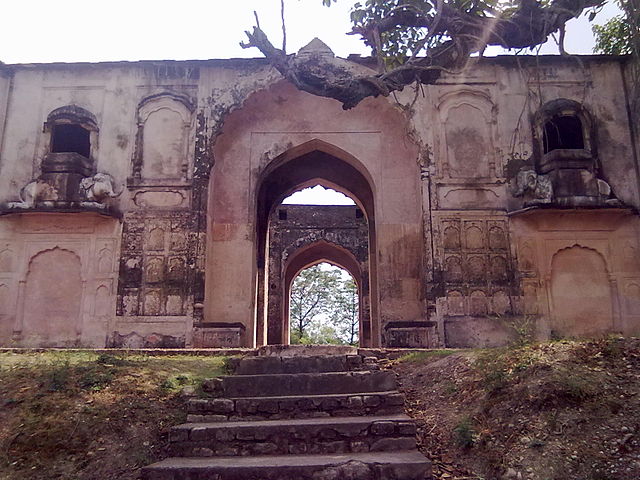 The dozy town of Sujanpur hosts the Katoch Palace Fort which is situated on top of a hill overlooking the horizon. Raja Abhay Chand built the fort as a military fort in 1748 A.D. on a ‘Tira’ (hill) hence, the name ‘Tira Sujanpur’. There is a water reservoir, a Gouri-Shankar temple, an inner courtyard, and a Kuldevi temple inside the fort.

Over the centuries many hardships and upheavals were faced by the fort. From wars, the rise and fall of empires, and the 1905 Kangra valley earthquake which shook the foundations of the fort and caused the roof to fall leaving the walls as ruins. It is a historic site with many stories to tell.

Sujanpur Tira is a place filled with simple and kind people and serene heritage sites with a lot of tumultuous history behind them. Resorts in Himachal are very close to this place since it is very close to Palampur where resorts like Rakkh Resort is situated.

One must visit and experience the contrast between this place’s past and present in its places, people, and culture.