The Tibetan settlement of Dharamshala originated in 1959 when the Dalai Lama was forced to flee Tibet. He was given refuge in McLeod Ganj by Jawaharlal Nehru, India’s then Prime Minister. A former colonial British summer picnic destination, McLeod Ganj is 10 kilometres north of Dharamshala. The ‘lost ghost-town decaying in the woods’ pleased Nehru, who thought it ideal for the Dalai Lama’s contemplative life. Dharamshala had long been associated with Hinduism and Buddhism. Many monasteries were constructed there by Tibetan immigration in the nineteenth century. In 1960, they founded the Namgyal Monastery and the “government-in-exile” there.

The Tibetan people inside and outside Tibet accept the Central Tibetan Administration as their single and legitimate government. Parliaments worldwide gradually recognize CTA as the authentic government and representative of Tibet’s six million people. The Central Tibetan Administration has embarked on the duty of rehabilitating refugees and restoring Tibet’s independence from the start. The rehabilitation agenda has prioritized education. CTA decided to experiment with modern democracy with rehabilitation to prepare for a free Tibet future. The Tibetan Parliament in Exile was established on September 2, 1960. The Library of Tibetan Works and Archives was founded in 1970 by Tenzin Gyatso, the 14th Dalai Lama, and holds approximately 80,000 manuscripts and other vital resources relevant to Tibetan history, politics, and culture. It is regarded as one of the world’s most important institutions for Tibetology. Its new director is Geshe Lahkdor, the Dalai Lama’s former interpreter. 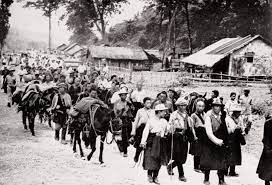 His Holiness, the Dalai Lama, announced further liberalization in 1990, increasing the size of the Tibetan Parliament to 46 members. It was given the authority to elect the Tibetan Kashag, or Council of Ministers, who would report to it. The Tibetan judiciary, known as the Supreme Justice Commission, is similarly established. Because of His Holiness, the Dalai Lama decided not to use his ability to designate three members. The Parliament now has 43 members (rather than 46). In June 1991, the newly empowered Tibetan Parliament enacted the current constitution, dubbed The Charter of the Tibetans in Exile. The Central Tibetan Administration now acts as a full-fledged administration with all of the hallmarks of a free and democratic government. However, it should be noted that the CTA is not intended to take control once Tibet is free. The exile government will be abolished as soon as Tibet regains independence, according to His Holiness the Dalai Lama’s manifesto titled “Guidelines for Future Tibet’s Policy and the Basic Features of its Constitution.” After that, His Holiness the Dalai Lama would hand over authority to a transitional government led by an interim president. In turn, the acting President will be obligated to call a general election within two years and give power to a government chosen by the people.

The Charter pledges to uphold the United Nations’ Universal Declaration of Human Rights and to ensure that all Tibetans are treated equally before the law, have equal access to rights and freedoms, and are not discriminated against based on sex, religion, race, language, or socioeconomic origin. It explicitly declares in the preamble that all Tibetans will work to establish a democratic, federal, republic state and a zone of peace in future Tibet, including the entire provinces of U-Tsang, Do-Toe (Kham), and Do-Mey (Amdo).

One of the most crucial organs of a democratic institution is the judiciary. The judiciary interprets or makes decisions on any issue during the Executive’s implementation of any law issued by the Legislature, thus maintaining the rule of law by ensuring justice to all and making the entire institution of democracy vibrant and meaningful.
The Kashag (Cabinet) is the Central Tibetan Administration’s highest executive authority. It is led by Kalon Tripa, a democratically chosen political leader ( chief of the Council of Ministers).

Himachal Pradesh’s winter capital is Dharamshala. Thousands of Tibetan exiles have moved to the area, most of whom dwell in and around McLeod Ganj in Upper Dharamshala, where they have constructed monasteries, temples, and schools. Our resort in Dharamshala, Rakkh resort, is located in Dharamsala, and the upper Dharamsala region is a short drive from there. It has become a popular tourist attraction, increasing tourism and trade. The Legislative Assembly is near the Chinmaya Tapovan Ashram in Sidhbari, and the government’s winter sessions are held there.